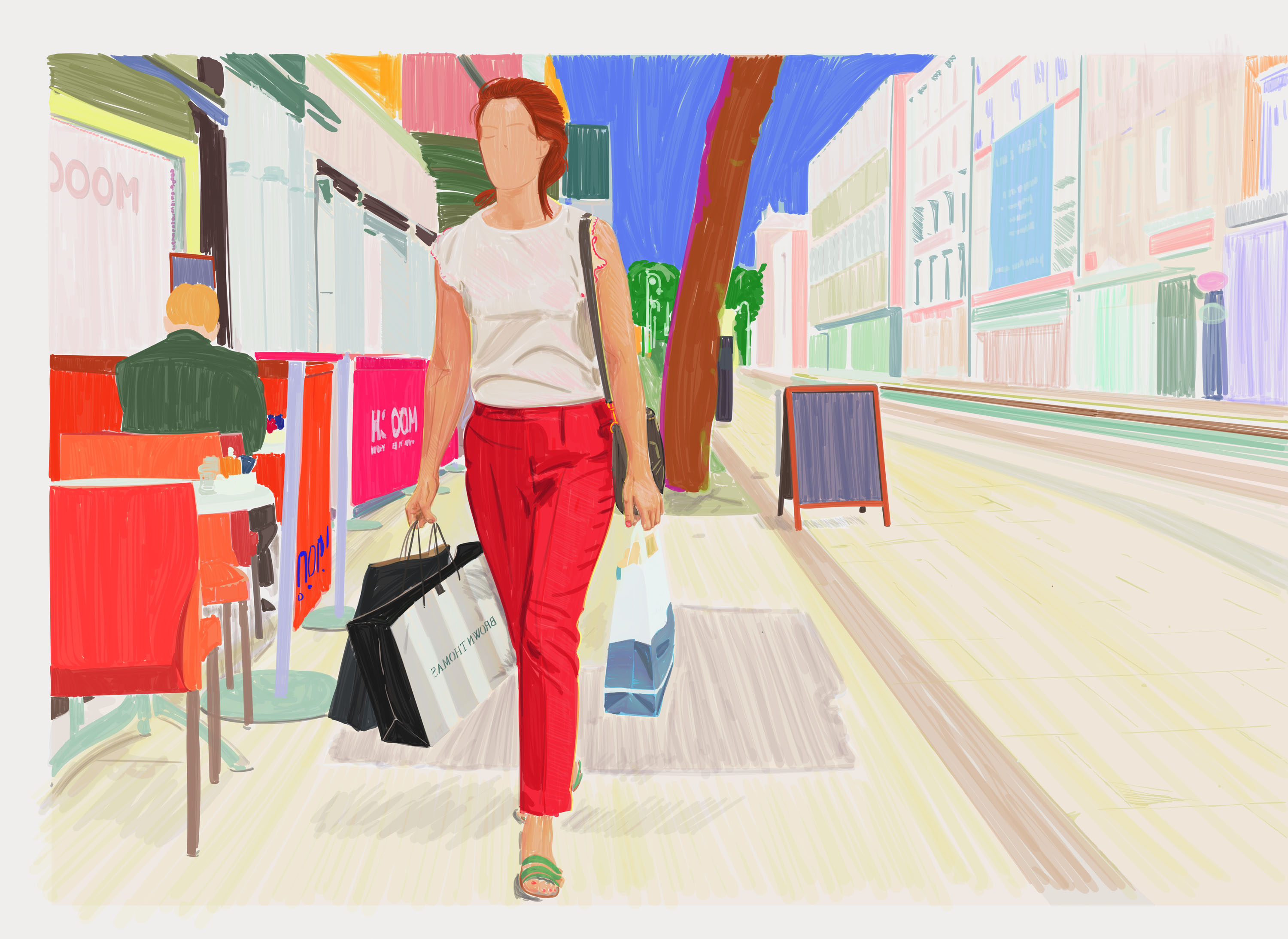 Mario Sughi, AKA nerosunero, is an Italian illustrator born in Cesena in 1961. He began to paint and draw under the direction of his father, the artist Alberto Sughi. At the end of the 70s, in Rome, he works as a humorist for Il Male and then for Zut, two Italian satirical newspapers. After studying History of Art at La Sapienza University, he went on to complete a doctorate in Medieval History at Trinity College Dublin, where he settled in 1987 and has been working ever since. In Dublin, he returned to his main occupation, working as an illustrator for a commercial archaeological company. During this time he began to explore the use of digital techniques for his drawings and in 2007 he actually began a full-time artistic career. Mario Sughi has presented his work in exhibitions, international magazines and renowned galleries.

His works are satirical and minimalist in style with bright colors, and subtly combine humorous elements with a kind of laissez-faire that is reminiscent of the English pop artist David Hockney. Influenced by British Pop Art as much as by the Italian masters of the Renaissance, Mario Sughi has invented his own pictorial language. A virtuoso of the non-event, of the mundane moments of life which nevertheless conceal an infinity of possibilities and stories, he manages to captivate us by letting our imagination run wild.

His work is very particular, modern, avant-garde and entertaining, with images depicting scenes from everyday life, often candid. He uses digital media to create works of art in the same way as traditional paper and canvas. His style is precise and geometric, with blocks of bright colors, while maintaining a certain organic fluidity.