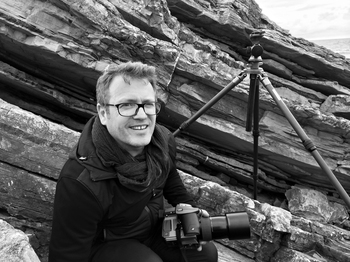 After many years spent working with professional photographers, Didier Fournet decided to devote himself to this art. The French artist, whom we have followed since his beginnings, now divides his time between France and Portugal, when he is not travelling around the world to capture the diversity of landscapes. His latest series? The South-West of France, his adopted country, and Venice, the Serenissima. Through his "vibrations", always halfway between abstraction and reality, he reinvents these places by making their structures vibrate without ever disguising the presence of man. In his unstructured settings, he succeeds in freezing the passage of time.

Self-taught, he bought his first camera during my early adolescence in Paris. For a long time artistic director for large communication groups, image has always been at the center of my life. His sources of inspiration range from the swarming details of Hieronymus Bosch to the gigantism of Andreas Gursky; from the precision of David Lachapelle's compositions to the multicoloured palette of Douanier Rousseau. When he starts a photoshoot, he determines a place and then a sometimes elevated angle from which he positions himself as a motionless anthropologist and take hundreds of shots. The elements that interest him move: clouds, the tide, passers-by, lights, time passing... He works with a 60 million pixel digital Hasselblad to capture as much detail as possible. Then, over several days or weeks, he creates a scene that never existed in a single moment. He imagines the light, the skies, the position of passers-by. He bends time and thus encapsulate more than an hour of life in a single photograph, without it being perceptible at first glance. But a good observation shows that the same person is reproduced two or even three times in the photo and this reveals his path. Finally, it is time for the "vibration": he multiplies layers on Photoshop in a digital sculpture where he cuts and pastes millions of pixels.

See all the works of Didier Fournet