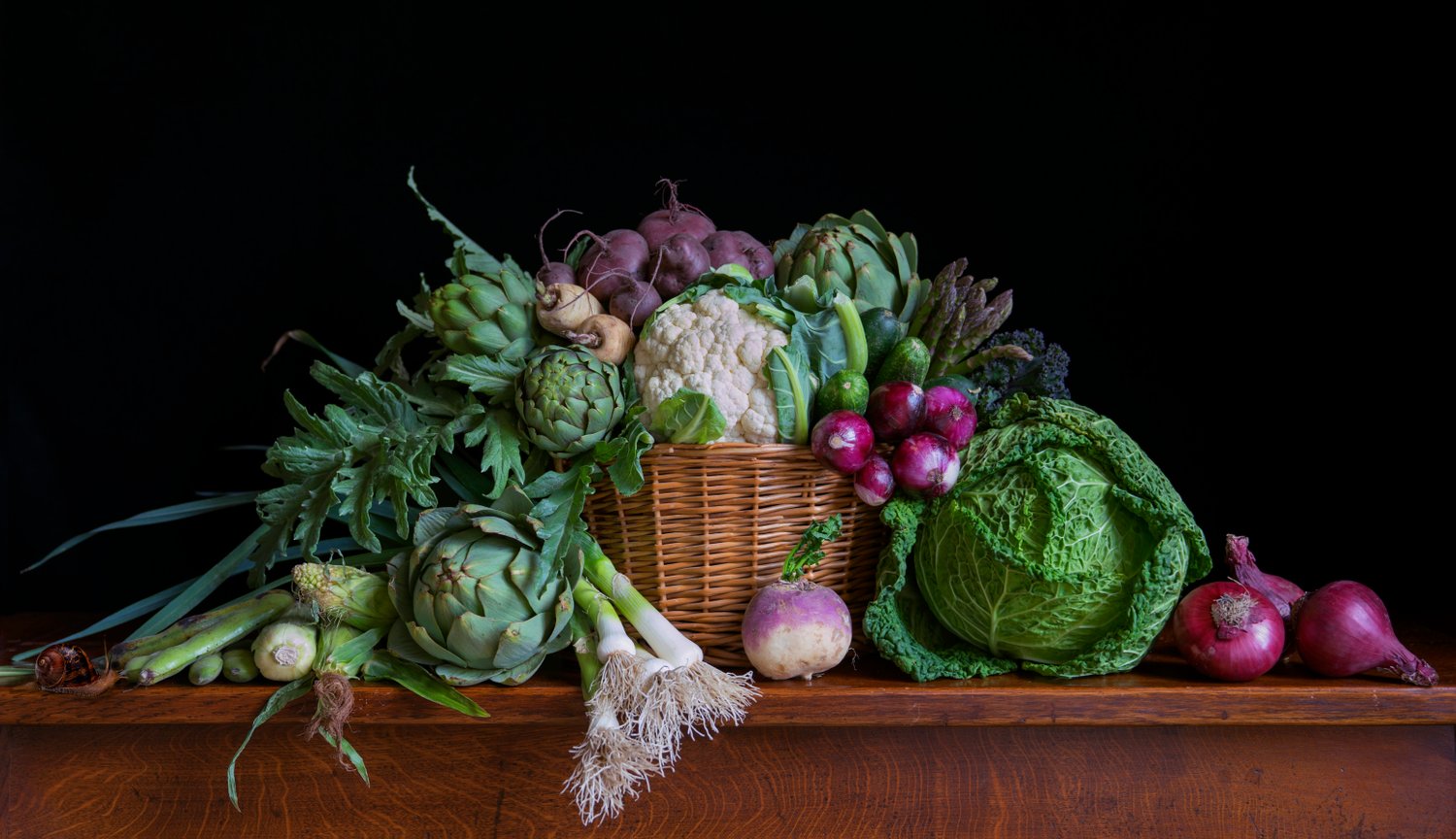 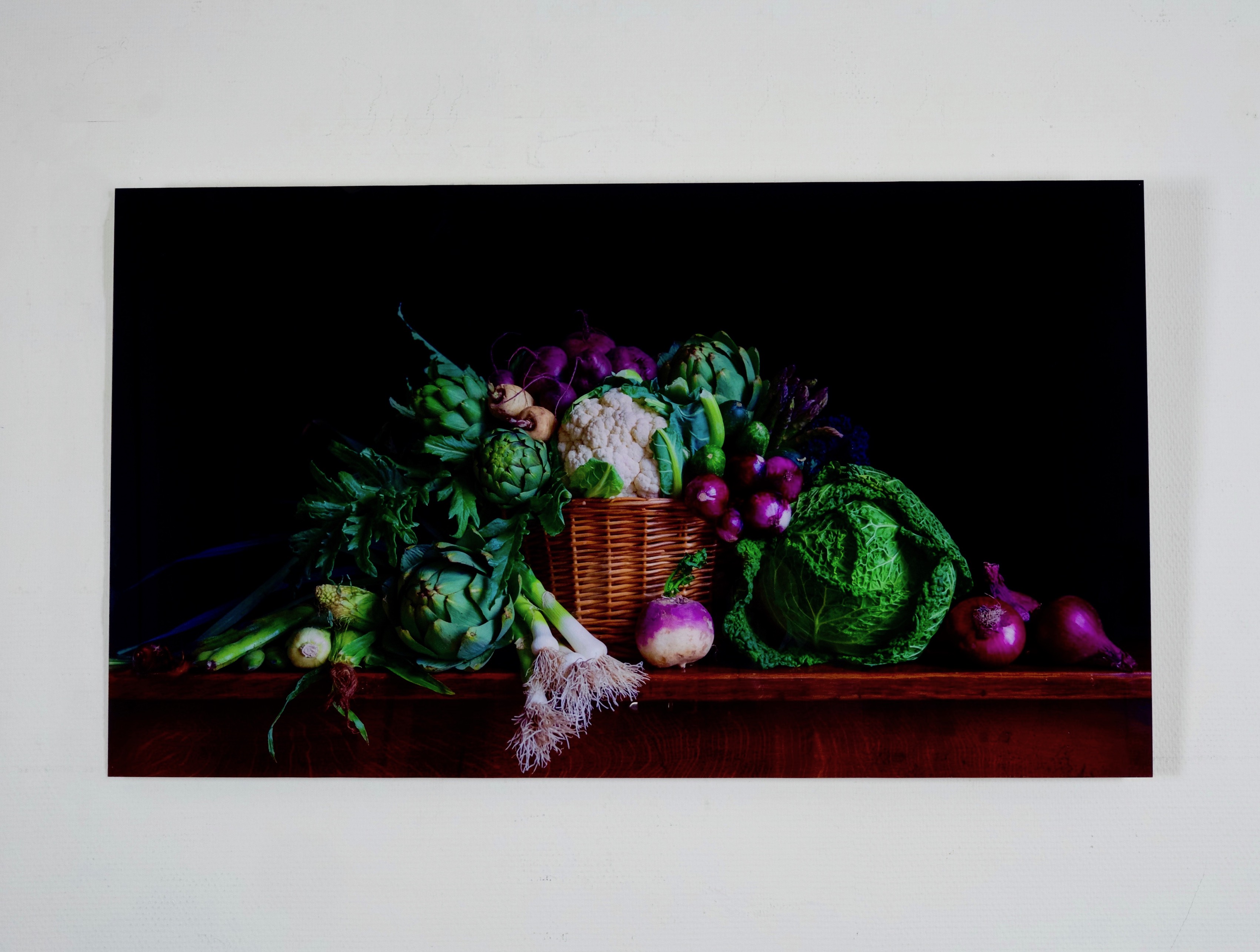 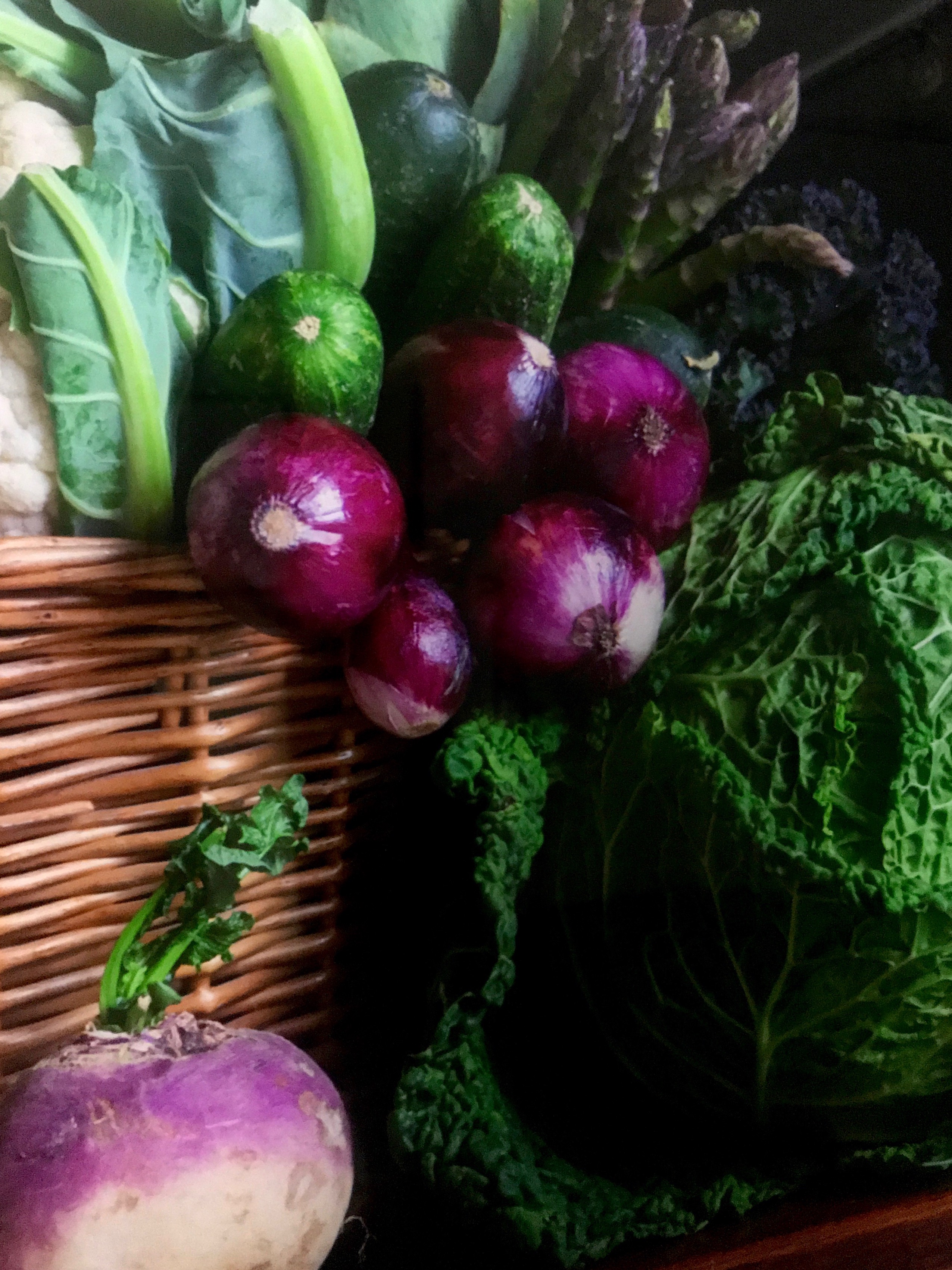 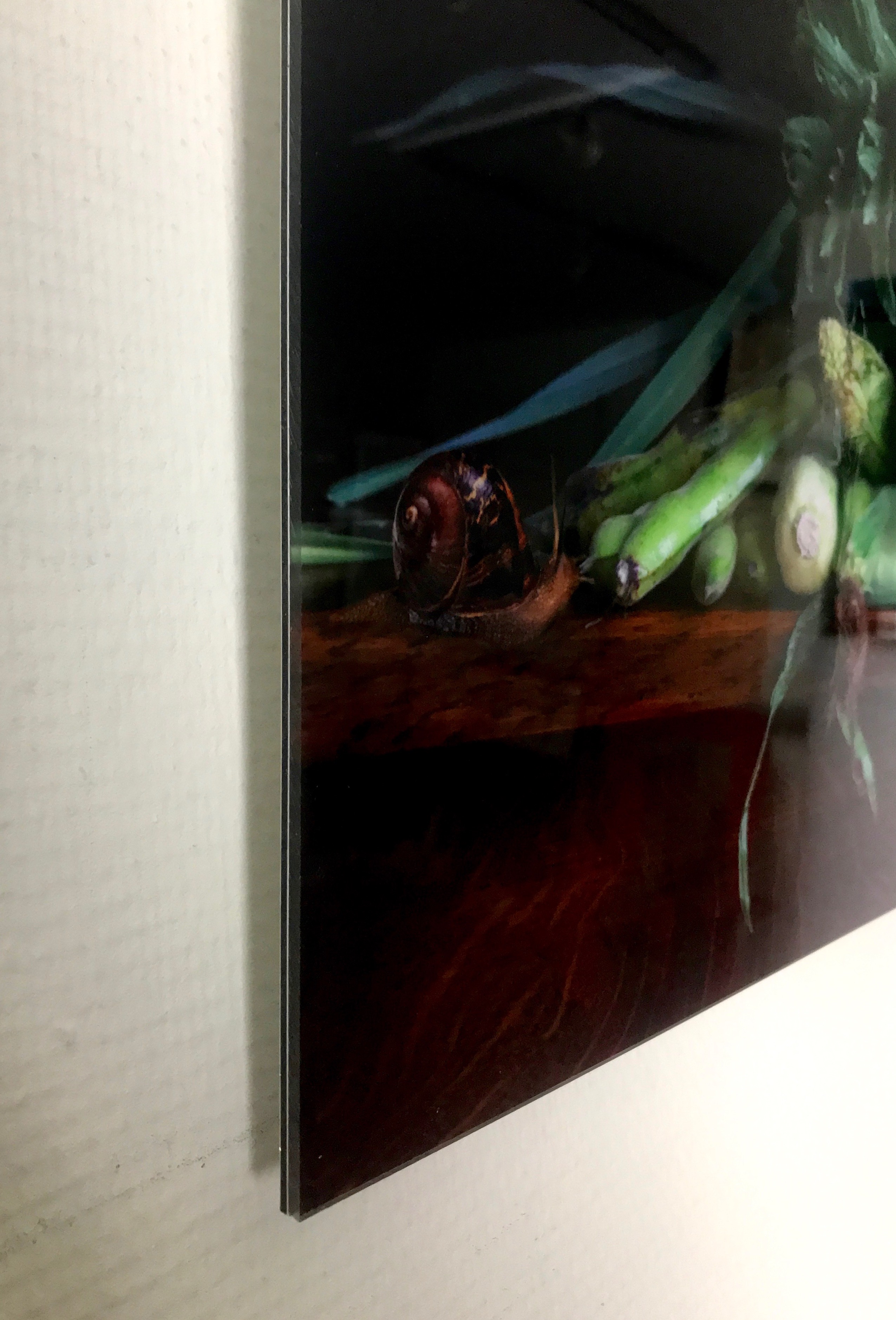 about the artwork :
Still life with vegetables and a snail , 2019
about the artist :
Charlotte Fröling

Like her predecessors, Charlotte Fröling pays special attention to the light in her photographs. In the Garden of Eden series (dedicated to the divine beauty of nature), she wanted it to flow through the various colours of the leaves, like in the impressionists’ paintings. Patiently she followed the weather forecast to be able to catch the gardens in mist, giving the work a soft light quality.

In 2014 Charlotte started working on the project she had dreamt of doing for many years, The Still Lifes series. She wanted to recreate still lifes inspired by historical paintings. Therefore she put lots of effort in the details and their symbolism, trying to find antique objects, game, vegetables, fruits, flowers etc. resembling those in the old masters paintings. Charlotte’s aim was to photograph all the categories such as fish still lifes, banquet pieces, floral pieces and many more. When photographing the still lifes she sought to arrange them to achieve the best possible angle of vision and the best light. All her photos were taken in natural light on a table in her entrance hall. Still lifes from the Dutch word "still leven" means quite simply motionless things. Of main importance is a table upon which the objects can be arranged and depicted. The theme of the transitory is fundamental to 17th century still life painting, as if the paintings in themselves sought to convey the idea that life is short whereas art is eternal. Many small details were included to underscore this message such as glasses that have fallen over, decaying flowers and blown out candles.