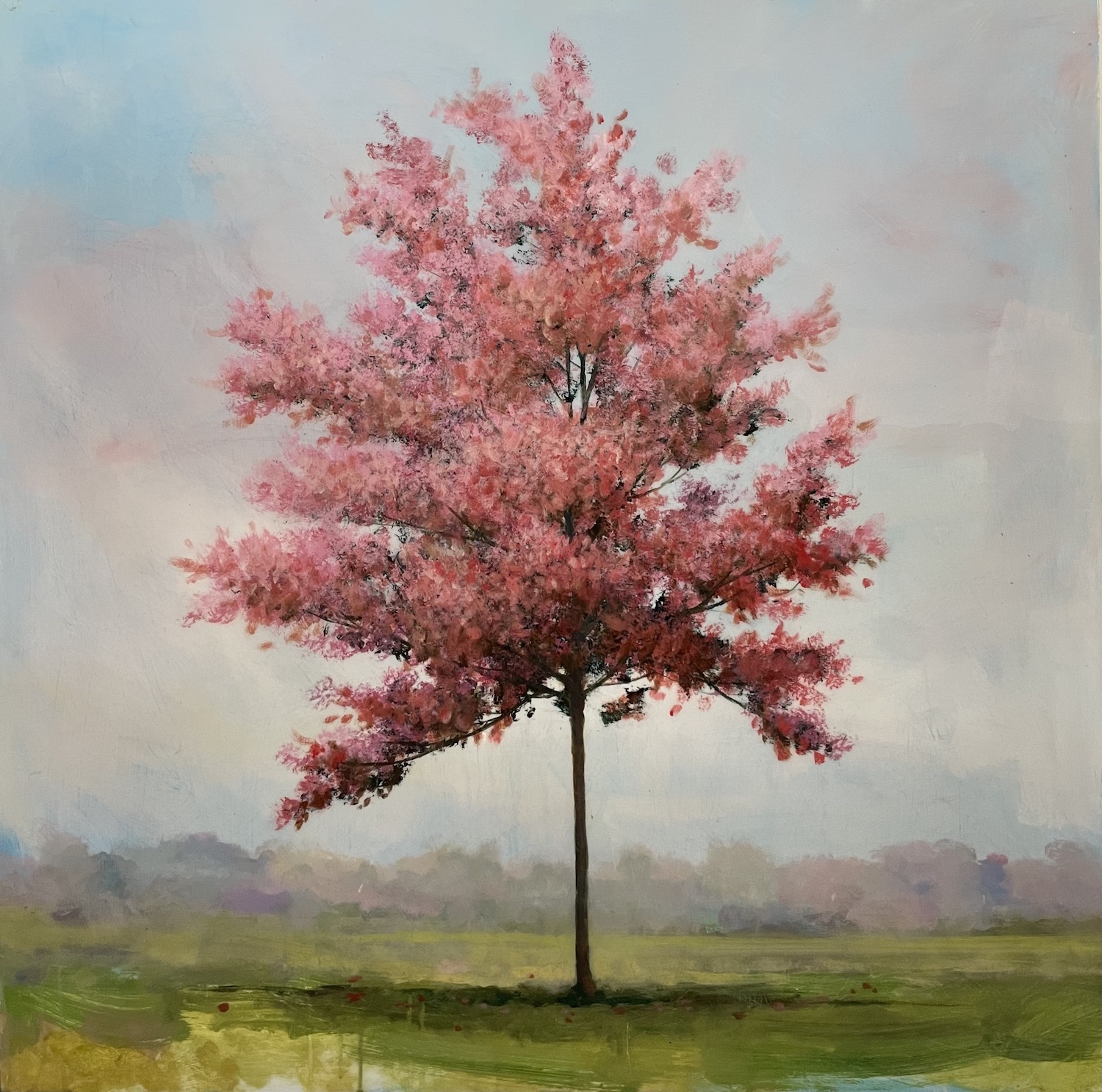 Peter Hoffer's contemporary paintings have been described as being as much about studio materials and techniques as the subjects they convey.

Peter Hoffer portrays trees. He invites the audience to take a closer look at their posture, their details and their expressions. The subject is as important as the technique: the way trees grate, scratch and age is as much of a concern to Hoffer as the trees themselves. They are painted in a very classical, realistic and almost photographic manner, but they have a strong contemporary feeling imparted by the epoxy resin finish and the rough wooden box on which the artist paints. Hoffer's work is a paradoxical mix of past and present, old and new, rough and sophisticated, realistic and abstract, outside perspective and intimate feeling.

The trees that Peter paints are not a copy of an existing geography. Sometimes he paints from photographs, but most of the time these trees are reminiscences. However, whether they exist or not, he sees his work as more about technique, about how he perceives the world, rather than the reality of the world itself. A few kilometres from Montreal, Peter has a cottage in the middle of the forest, which has become his lair, a place where he loves to paint. When he gets started, he starts by painting with oil on wood, then the more creative part begins: he applies touches of acrylic paint and several coats of epoxy varnish, which he makes himself. This process was inspired by the varnishes used in the academic painting salons of the 19th century, a way of embellishing paintings and conserving them. For the artist, it is a question of staging evocative landscapes, which will awaken memories, dreams, a feeling of déjà vu in each one. But at the second reading, if we see more than a landscape but a true reflection on art, the representation of nature and the painting as an object in itself, then he will have succeeded in his wager.