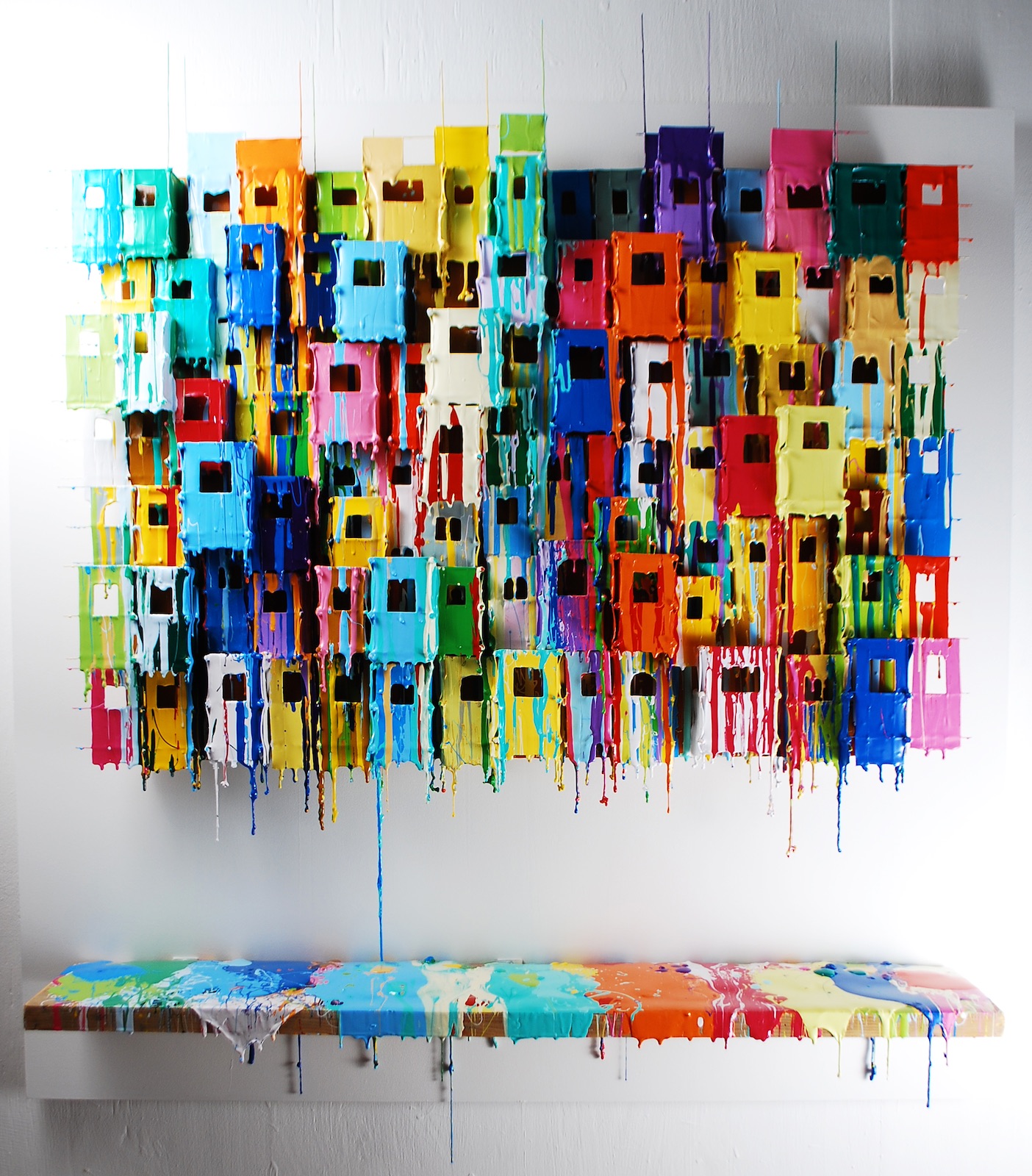 West's intensely coloured, dripping paint artworks draw the eye into their three-dimensional labyrinths of layers and hollows, colours and patterns. West spends up to a year creating each work, repeatedly applying layers and strips of paint onto pieces of wire or nails, then allowing the work, in part, to be defined by the natural effects of gravity and the serendipitous movement of the paint.

West's knowledge of paint, its weight, and movement is an understanding that could not be taught, he has personally developed this unique style over the last 25 years and there is no other artist to rival West's expertise in this ingenious creative technique.

Many of West's works are efforts to recreate the chaotic nature of human living conditions that he has witnessed, from the bomb-damaged houses of his childhood to the Kowloon walled city in Hong Kong, an unimaginably densely-packed area that had grown to house 33,000 people. Witnessing its demolition in 1993, the wreckers' ball revealed to West the complex honeycomb of ad-hoc structures, pipes and cabling within - what he calls the "man nest".