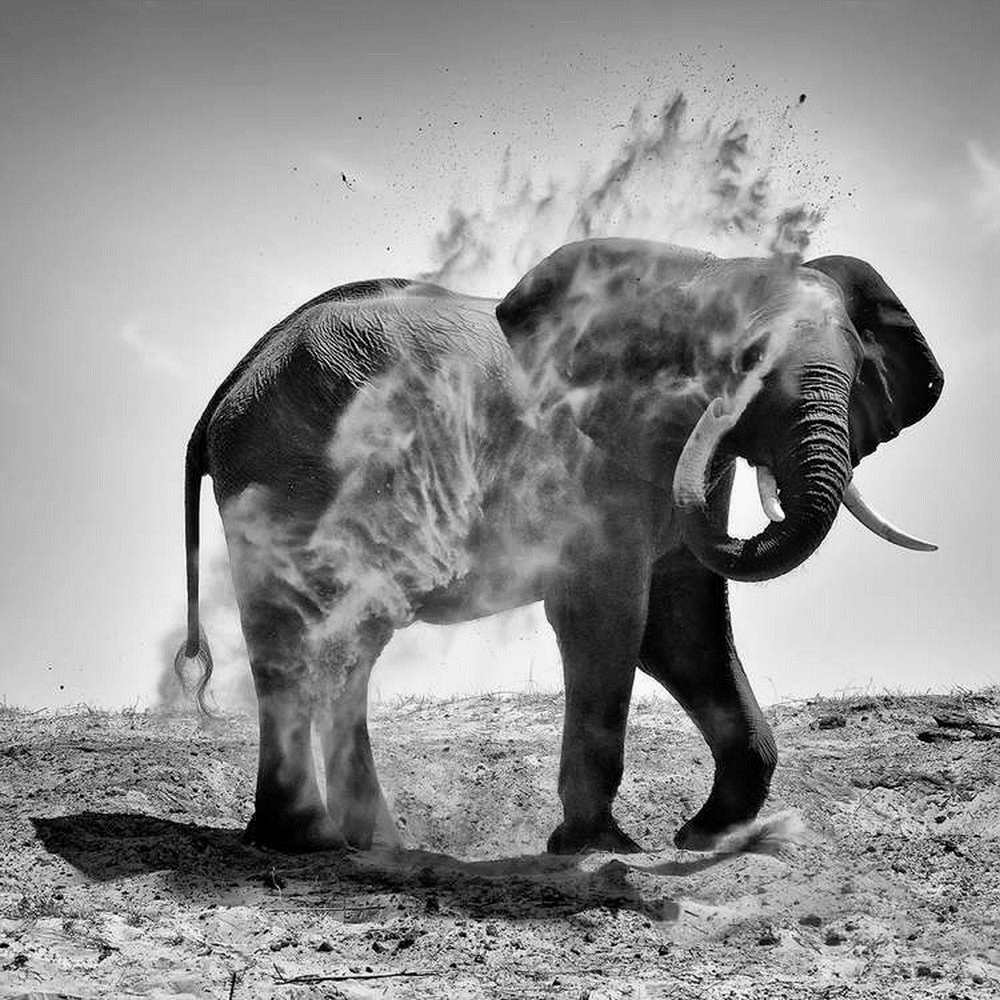 Philippe Alexandre Chevallier was born in 1961 in Paris. After training as a filmmaker, he turned to photojournalism from 1985 to 1992 and set up his studio dedicated to advertising photography. He then collaborated with the major advertising agencies - Publicis, Mac Cann, Léo Burnett ... with whom he developed a close collaboration, particularly in culinary photography.

Passionate about travelling, he discovered Southern Africa, Namibia and Botswana in 1998. Due to its low human density, its animal and geological richness, Africa became the ideal terrain for his passion for the great outdoors. This allows him to develop a personal approach to wildlife in this majestic and threatened world, where the sublime and the tragic are mixed.

His approach in black and white and his choice of a short focal length which forces him to be as close as possible to the animal, distinguishes him from the usual wildlife photographers. A black and white that is far from monochrome, but whose every nuance, every shadow, tells the harmony of nature. Space is privileged. Water, mud, vegetation... the animal is at one with its environment, its habitat. It is magnified.

"My work is a tribute and a testimony to this fauna with a precarious future. The rejection of the telephoto lens, the preferred tool of animal photographers, allows me to be as close as possible to the animals; framing them in their environment allows me to capture the energy of the animal and to reveal their individuality. "

Philippe-Alexandre Chevallier's black and white "silver and digital" work is at the service of a raw and sensual emotion. His work testifies to the fragility of a world in a state of reprieve.