about the artist :
Arjan Boeve

Arjan Boeve (AKA Above) has always been fascinated by the way our world functions. He started drawing from a young age, to explore and understand as much as possible. Through drawing he was solving puzzles and learning to see things from different perspectives. Reflecting on the world around him, he soon found his own stories to tell. Developing great creative skills, it was only natural for him to continue his education at art school. His talent led him through classical art, portraiture, painting and sculpture and after four years he graduated with an animated short.

Arjan's graphical approach to visual art was perfected during his time as an animator. Through exploring repeated variations of the same characters over and over, he developed an intuitive, quick hand for drawing with bold and clear lines. This would inform his later work with glass.

In the summer of 2016, the artist assembled his glasswork toolkit. Living in Normandy at the time, surrounded by meadows and apple orchards, he started out with the basics of his art form. Fascinated by the way the properties of glass influenced the lines, the Stained-Glass Geek was born; showing a new generation what stained glass could be. With this bold take on a classical craft, Arjan kept pushing the bar on both technical skills and creativity. He uses the technique called Tiffany, that involves fitting the shaped glass with copper foil boundaries. The technique is remarkably young (1875) in comparison with the classical approach of stained glass (1200). Tiffany was developed in New York and played an important part in the Art Nouveau and Art Deco movements. Almost a century later, stained glass and Tiffany are finding their way back into the art world.

While still being relatively unknown, Arjan was commissioned by Disney to join in Mickey's 90th celebrations. His contribution was a stunning piece of glass art: ‘reflections on Mickey Mouse', that stole the show at the main event. This marked the starting point for a series of progressively developing stained glass art pieces. These engaging works celebrate iconic pop culture of our times, while encouraging reflection. The joyous themes and intuitive use of lines welcome the attention of the viewer to share in Arjan's perspective. 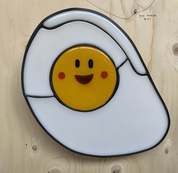 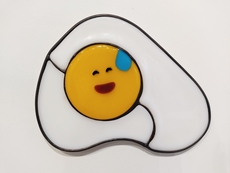 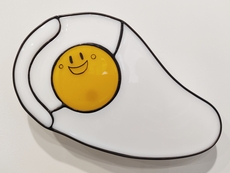 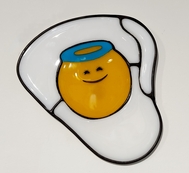 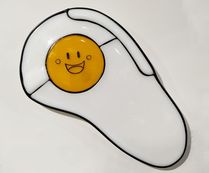 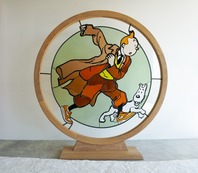 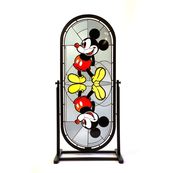