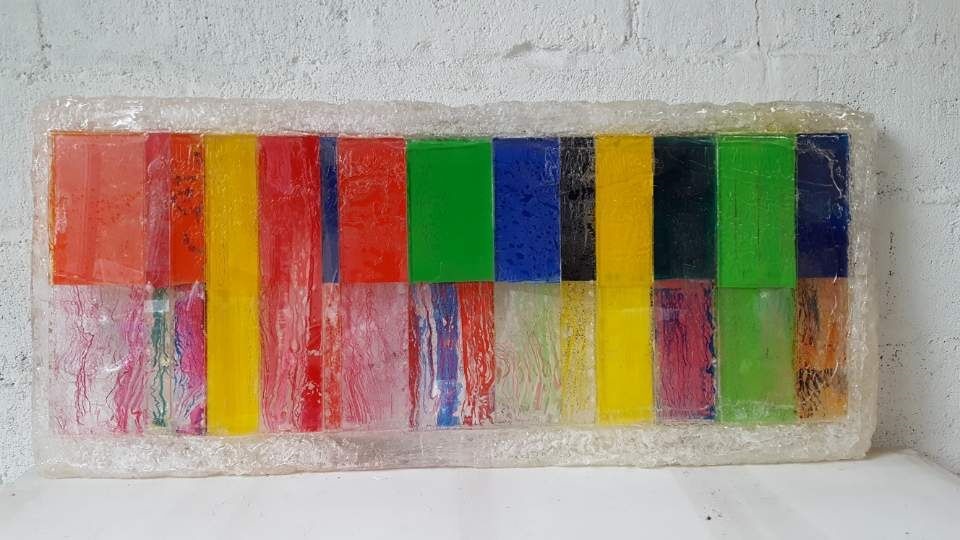 Park Byung-Hoon's work is based completely on color and transparency. It is simple and fundamental, which have been the main concepts of Western art for the past 40 years. His works are based on the concept that creativity is produced from belief and confidence.

Park believes that an artist's mission is to create an invisible transcendent being, celebrating the power of existence, while recreating minimalism and simplicity. His pursuit of transparence shows, not only in the choice of material - acrylic and glass - but also in the expression of the three primitive color tones. The traces produced by the color combinations produce an industrial although natural feeling.
The material used to create this transparence is impermeable, unlike paper or canvas. His work is a conversation rather than an illusion as we are allowed to look beyond the surface. "I can see myself that several layers of colour and shape overlap in the framework of my life. I'm composed in this manner."

While visually minimal, the final work is heavily conceptual ; Park explores a deeper sense of self while honoring a higher power – as many titles of his work suggest. Byung-Hoon draws inspiration from geometric forms and shapes. During his process, Park is able to focus entirely on how colors are merged within each other, creating new patterns and colors once they are blended during the process. The artist's works can appear different depending on the angle in which they’re being viewed, the time of day or the lighting. The viewer is invited into a dialogue : to see what you want to see.