about the artist :
ALBAN

Alban is inspired by Rauschenberg and his "Combines" and influenced by American Pop Art and the New French Realism. In recent years, Alban explored several themes: "The Cabins" regarding warplanes, "Steelworkers" that stems from his fascination with industrial machines and "Materials", which is an aesthetic research on textures and colors.

"I think my inspiration comes from childhood, growing up near airports and drilling rigs, especially in Africa. Industrial equipment has always fascinated me. Although functional, it sometimes resembles real works of art. These objects tell us stories, as long as we know how to listen to them. Pieces of metal will be the fossils of the modern world. Even as a child, I spent my time transforming my toys. They seemed too new, not realistic enough. I used to add kerosene stains around the fuel lines or traces of combustion on the reactors. Very quickly, I designed and built my own models with a concern for truth. The art schools eventually gave me a rigorous and more varied technique. As I also worked as a decorator in the audiovisual industry, it took me some time before I was able to identify the principle of my research: the fantasy object. It's an object that is both very concrete but which has only ever existed in the collective imagination. I use aeronautical imagery from the forties, synonymous with adventure. There's a whole mythology born of this era that we are still heirs to through cinema for example. In fact, I draw my subjects from an unreal past. Our memory is full of fascinating historical slag. Take the Roman emperor's thumbs down ordering the killing of a gladiator, it never existed and yet we believe it to be true. In the same way, my cabins are just an illusion, whoever acquires my pieces becomes a kind of archaeologist of the imagination. I use acrylic on a wooden structure. I am very keen on the volume of the support and the suggested mass. Like the effects of the material, this gives authenticity to the works which seem to spring towards the viewer. It also allows the hanging of unexpected things that are supposed to weigh hundreds of kilos.

My field is not the real world, but the probable one." 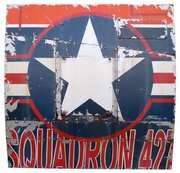 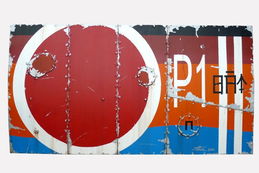 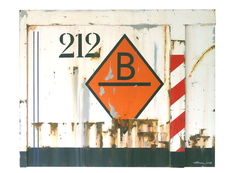